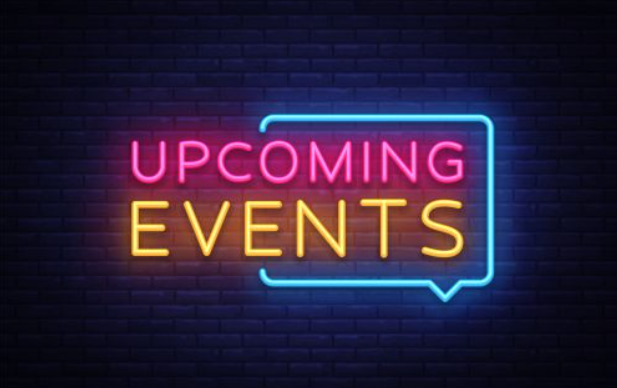 As the Angel returns to full effect in all its glory, we’re pleased to launch a new monthly ‘What’s On’ guide to the town centre.

Kings Head Theatre – To celebrate its 50th birthday, King’s Head Theatre is hosting a very special ‘KHT 50 – Barstools to Broadway‘ programme of shows throughout the coming month. Barstools to Broadway will see KHT re-mount plays that graced their pub theatre stage at some point in the last 50 years. Plays will include gems from the likes of Victoria Wood, Tom Stoppard, Bryony Lavery and more.

Almeida Theatre – is storming its way into its spring season with ‘The Chairs‘ featuring Olivier Award-winner Kathryn Hunter, “one of the greatest stage actors alive” (Vanity Fair) Marcello Magni, co-founder of pioneering theatre company Complicité, and Olivier Award-winning choreographer and performer Toby Sedgwick. The Chairs is followed by The Keyworkers Cycle (nine short plays split over three performances) and then ‘“Daddy”: A Melodrama.

Old Red Lion Theatre – One of the Angel’s cultural gems, The Old Red Lion Theatre, is playing host to a whole series of shows in February and March as part of its FRESHFEST. As the programme title suggests, shows will feature the freshest writing and comedy talent from the UK and overseas. From queer rom-coms to stand-up ‘works in progress’, the mini-festival is set to fill the coming month or so with love, laughter and great one-liners.

Little Angel Theatre – If you’ve never been to the Little Angel Theatre, then make 2022 the year that changes! The Angel’s very own little palace of wonder – which fuels the imagination of young and old alike through the magic of puppetry – is celebrating its 60th year of operation. If you want to escape the real world then the theatre’s Spring 2022 season includes ‘Handa’s Surprise‘, ‘The Singing Mermaid‘ and ‘JINA and the STEM SISTERS‘ – a show celebrating some of history’s super-STEM women.

Sadler’s Wells – The Angel’s world renowned home of dance, Sadler’s Wells, has an excitingly eclectic season of performances throughout Spring 2022. Leading the way this weekend is ‘Acosta Danza 100% Cuban‘, the dance company led of course by superstar Carlos Acosta. This is followed by performances from the likes of Nederlands Dans Theater (NDT 2), Lucinda Childs and Philip Glass performing the seminal post-modern piece ‘Dance‘, the always sensational BalletBoyz, and the truly iconic English National Ballet.

Moosey Gallery – The Angel’s funkiest new gallery, Moosey London (22-24 Camden Passage) launched its latest show on the 10th Feb. Entitled ‘Rootin’-Tootin’ Sour-Bootin’‘, the show features the work of US based artist Victoria Nunley. Within this series of paintings Nunley demonstrates a Wild West theme… “it’s new for me to have themed paintings, but it has afforded a lot of freedom and creativity.” she says. Looking at the colourful and sometimes darkly comedic works, its no surprise that Nunley says she watches a lot of cartoons and animation. Brilliant stuff.

James Freeman Gallery – Specialising in contemporary art, the James Freeman Gallery (354 Upper Street) opened its latest exhibition, Elysian Fields, last week. Featuring the works of two artists, Stuart Sandford and Juliette Losq, who work in different disciplines, the show explores the ever-changing relationship between the physical and digital. The exhibtion is on until the 5 March, so be quick to see this eye-catching and evocative art.

Crafts Council Gallery – As part of Crafts Council’s 50th anniversary year celebrations, the wonderful new (and free!) Crafts Council Gallery on Pentonville Road continues to host its ‘We Gather‘ exhibition which has been extended until the 12 March. We Gather features five female artists of Black and Asian heritage and whilst their chosen materials and disciplines vary, their work shares a commitment to craft, its cultural value and social justice.

The Stitch Festival – Taking place at the Business Design Centre from the 3rd to 6th March is The Stitch Festival, London’s trendiest craft and textile event featuring workshops, expert demos and a spool of the best craft suppliers. And if you want to visit at a discount use the exclusive code ‘ALSF22‘ at the online check-out!

Electrowerkz – The iconic venue in the Angel that you may never have seen, Electrowekz on Torrens Street has legendary status in the alternative scene hosting some of the most beautifully out-of-the-ordinary and twisted club nights and live performances. Over the coming month or so you can delve into the dark side with gigs by DSIWILLNEVERDIE ft. Void, Gurgle and Noise Complaint (19 Feb), Dead & Buried ft. THE DOCTORS (6 March) and CROATION AMOR (12 March). Phew!

02 Academy Islington – The 02 Academy (in Angel Central), is back up-and-running with a full programme of live concerts and themed club nights. Among others, taking to the stage for an incredible four times over the coming month are social media sensations and “cutest new boy-band”, Here At Last (pictured above).Three nights are already sold-out (yes, really!), but there’s a few tickets left for their final gig on the 21 Feb.

Islington Assembly Hall – Head up Upper Street and you’ll find the Islington Assembly Hall (next to Islington Town Hall). With a capacity of just under 1,000 the venue is a great place to enjoy a live concert. Over the coming couple of months they are welcoming the incredible talents of Foxes(17 Feb), Scottish rock legends Big Country (9 March) and Grammy Award winner Billy Strings (27 March).

The Lexington – Live gigs are back at The Lex! One of London’s best venues to see an intimate live gig is back to what it does best, namely giving a stage to the hottest up-and-coming and iconic acts around. Over the coming month or so the bar (on the corner of Pentonville Road and Penton Street) is hosting the likes of Home Counties (24 Feb), Bentley Rhythm Ace (5 March), Le Couleur (9 March) and L’Eclair (12 March).

OUT OF THE ORDINARY!

Candid Arts Trust – Like live music? Like drawing? Like doing both at the same time whilst having a tipple?  Well, here’s the ultimate mash-up just for you… Taking place at Candid Arts Trust on Torrens Street, ‘Drink & Draw – Sketch the Musicians‘ (21 Feb and 7 March) allows you to draw the performers whilst they play an intimate gig right in front of you! Two ticket types are available – Band Only (if you just want to sit, listen and watch) or Band & Drawing that includes an easel / drawing board. You can buy drawing materials at the venue or bring your own.