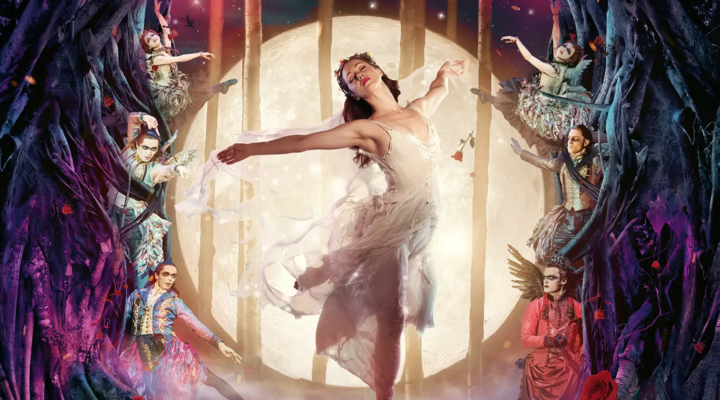 This year’s Glow in the Angel event – when the Christmas lights across the Angel are switched on – is taking place on Thursday 17 November.

A mainstay of the Business Design Centre calendar, the Country Living Christmas Fair will bring Christmas enthusiasts together for a fantastic five-day (9 – 13 November) shopping experience and much-needed festive spirit.

Another key event in the Business Design Centre’s calendar, the London Art Fair will take over the venue from 18 to 22 January 2023. The London Art Fair features an exceptional line-up of modern and contemporary galleries from across the globe and also includes immersive installations and an inspiring programme of talks and tours.

In the ‘Cotton: labour, land and body‘ exhibition at the Crafts Council Gallery, running until March 2023, visitors will be taken on an expedition across time, geographies, cultures and traditions, uncovering multi-generational connections between Britain and South Asia through the cotton industry in Lancashire.

Running until 18 December, at the Estorick Collection (located on Canonbury Square) is a retrospective of work the of Luigi Pericle. Pericle was a fascinating and singular artist, illustrator, writer and scholar of esoteric philosophies such as astrology, theosophy and alchemy.

Matthew Bourne’s Sleeping Beauty celebrates 10 years since its premiere at Sadler’s Wells. Now established as a firm favourite in the New Adventures repertoire, the award-winning spectacular, running from 29 November to 15 January, has enchanted international audiences throughout the UK and across the globe.

Running from 10 December to 4 February 2023 at the Almeida Theatre is the Tennessee classic A Streetcar Named Desire. Lydia Wilson returns to the Almeida to play Blanche, with the BAFTA-winning Paul Mescal as Stanley, and Anjana Vasan as Stella.

GRIMFEST is back!! One of the most eagerly awaited seasons at the Old Red Lion Theatre returns with a series of chilling performances from 18 October to 5 November to make your spine-tingle and knuckles turn white with fear.

Carmina’s revisioning of Puccini’s beloved masterpiece Trittico brings hot issues in the gay community to audiences through traditional opera at the King’s Head Theatre from 13 to 21 November.

Little Angel Theatre – The King of Nothing – Until 20 November

MONSTRO and Little Angel Theatre’s latest Puppet Musical ‘The King of Nothing‘ – running until 20 November – is an anarchic re-telling of Hans Christian Andersen’s Emperor’s New Clothes, in which the characters (and the audience) discover that people can be made to believe anything.

For the Christmas season (running from 26 November to 29 January 2023) Little Angel Theatre is bringing Michael Rosen’s thrilling and funny adventure ‘We’re Going on a Bear Hunt’ to life in this entrancing puppetry production, designed by Lyndie Wright and with original music by Barb Jungr. This production is ideal for brave hunters and bear lovers alike.

The O2 Academy (in Angel Central) has a full programme of live concerts and themed club nights over the autumn and winter. Among others, taking to the stage are JLS frontman Aston Merrygold on 28 October, The Icicle Works on 19 November, Electric Six on 10 December and Shadow of Intent on 14 January. And to top all that, the O2 Academy will be showing all of England’s games at the World Cup on a (very) big screen!

Islington Assembly Hall on Upper Street has a packed calendar of concerts over the autumn and winter, including some heavyweight shows in the run up to Christmas. Eighties hipsters The Blow Monkeys Rock perform on 28 October, Strangler’s front-man Hugh Cornwell plays on 24 November, rock legends Sweet take to the stage on 4 December and the one and only Mari Wilson will perform a very special Christmas-themed concert on 9 December.