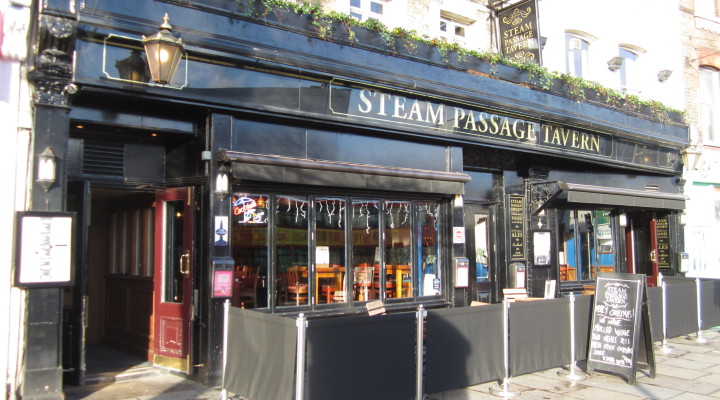 After studying the pub’s footage when a customer reported her bag stolen, the Steam Passage duty manager memorised the face and was surprised to spot

the thief in the pub again a few days later. She immediately called the Angel Police Team hotline and followed the thief into another pub, where our officers arrested her.

“As well as recognising her face, her behaviour stood out because she wasn’t meeting friends or coming to the bar. When you have time to watch people, it’s obvious whose body language is suspicious,” says manager Jo. “I had my phone stolen in the street recently so I’m more keen than ever to stop crimes happening to anyone else.”

Our police team were already aware of the thief in connection with stealing bags and have now charged her with five bag thefts from pubs and cafes in the BID area.

“It’s important that as many staff as possible study your CCTV after incidents and call us if you recognise anyone – they could be on other people’s CCTV too,” says Angel Police Team Sergeant Chris Walsh.

Sign up to our Angel Crime Fighters website to see if you recognise photos of people wanted in connection with thefts or shoplifting in the BID area.