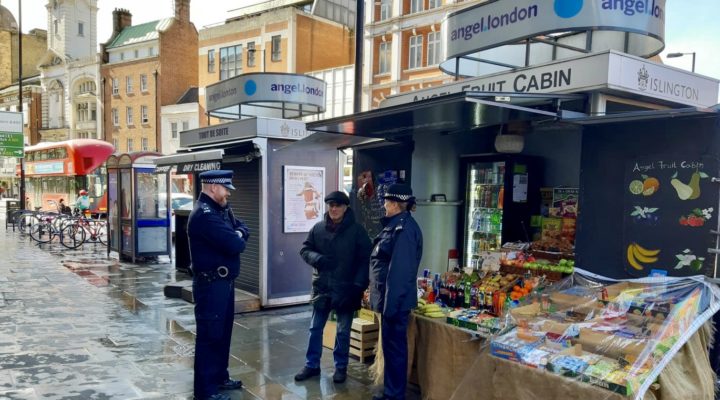 Over the last couple of months, the Angel Police Team, which is funded by angel.london, launched ‘Operation Wing’.  The proactive theft operation targets suspects operating in specific areas of the BID and includes three aspects:

The operation has already produced some positive results including proactive ‘stop & search’ that resulted in an arrest for shoplifting.