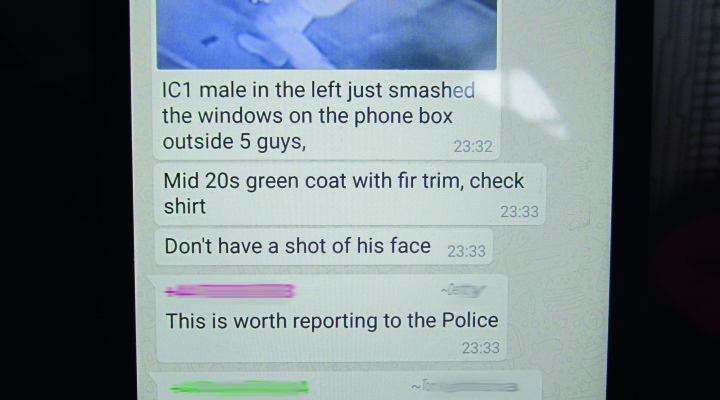 New! Retail whatsapp coming to a phone near you!!

We’re launching our secret weapon against shoplifters and bag and phone thieves. It’s a ShopWhatsApp where all angel.london retailers can instantly warn neighbouring businesses about crimes as they happen.

It follows the huge success of our PubWatch WhatsApp where phones regularly buzz as our 38 licensed premises share details about situations in real time.

And it works. Most recently a venue ejected a group of troublemakers, then WhatsApped a warning which meant they were refused entry everywhere else. Also a lost bag was quickly reunited with its relieved owner after being stolen in one bar and found in the toilet of another.

Says Chair of PubWatch and owner of Ladybird Bar Habib El Debs: “The great thing about WhatsApp is that it helps us prevent a lot of incidents. Once a troublemaker is spotted by one of the pubs, their photo goes around immediately and other venues simply refuse them entry.”

The new ShopWhatsApp is for telling people about shoplifters heading their way, describing someone who’s just stolen a bag or phone, or warning about an aggressive beggar doing the rounds. It must be something that’s happening now where a warning will benefit other businesses.

Contact us to join the group. We need mobile numbers of phones that are checked regularly. ShopWhatsApp won’t be monitored by the police. Use our Angel Police Team hotline as usual for reporting crimes and calling the team.