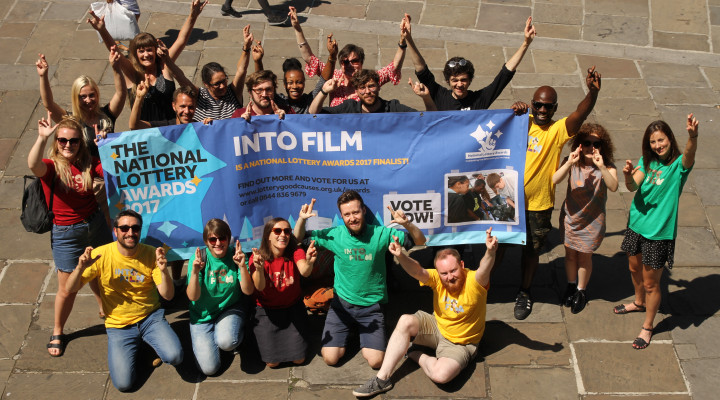 UK-wide education charity Into Film, and an angel.london member, is appealing for your votes after reaching the finals of the National Lottery Awards.

Into Film is competing against six others in the Best Education Project category. They’ve already beaten off stiff competition from over 1,300 organisations – a record number of entries – to reach the public voting stage. The prize is £5,000 towards their project.

Into Film is supported by the BFI through National Lottery Funding, which aims to put film at the heart of young people’s education, contributing to their cultural, creative, academic and personal development.