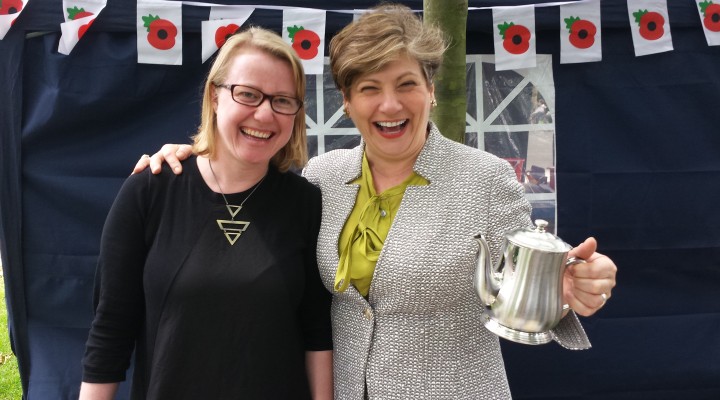 Flowers coffee and cakes to thank our Armed Forces

The sun shone, the community turned out, and businesses showed their appreciation at the borough’s Armed Forces Day on Islington Green.

Two angel.london businesses responded to our appeal for support and did themselves proud.

“We are eager to be part of the community,” said Claire O’Sullivan, manager of French brasserie Bellanger which opened six months ago and served tea, coffee and cakes to the war vets and their families. “It’s lovely to recognise people coming in to dine, and in turn make our contribution to the area.”

And this is the fifth year our local branch of Waitrose has responded to the call for Armed Forces Day support by donating 100 roses for war vets’ families and friends and local councillors to lay at the war memorial.

“It’s marvellous to see our local businesses putting back into community. It makes such a difference,” said Islington South and Finsbury MP Emily Thornberry who laid a wreath at the memorial ceremony. “It’s important everyone acknowledges what the armed forces are doing to keep us all safe.”