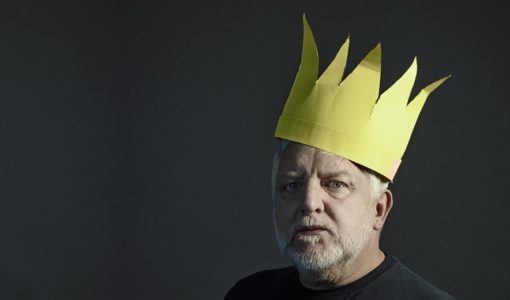 The wonderful arts and cultural venues in the Angel will be hosting a wide range of shows through the festive season.  Check out what’s coming up in the next month or so, including the return of Simon Russell Beale to the Almeida.

10 Dec – 2 Feb               The Tragedy of King Richard the Second
Olivier Award-winner Simon Russell Beale takes the title role in Shakespeare’s play about the limits of power. King Richard II is arrogant, reckless and vain. His weak leadership sends his kingdom into disarray and his court into uproar. Disinherited and exiled from the kingdom, the ambitious Bolingbroke challenges the throne and the king’s divine right to rule.  This visceral new production is directed by Joe Hill-Gibbins, whose previous productions include Little Revolution at the Almeida, A Midsummer Night’s Dream at the Young Vic and Absolute Hell at the National Theatre.

Swan Lake returns with a fresh look for the 21st century. Retaining the iconic elements of the original, Matthew Bourneand award-winning designers Lez Brotherston (set and costumes) and Paule Constable (lighting) will create an exciting re-imagining of the classic production.

Thrilling, audacious and emotive, this Swan Lake is perhaps best known for replacing the female corps-de-ballet with a menacing male ensemble, shattering convention and taking the dance world by storm. Collecting over 30 international accolades including an Olivier and three Tony Awards, Bourne’s powerful interpretation of Tchaikovsky’s masterpiece is a passionate and contemporary Swan Lake for our times.

Charles Court Opera return for their twelfth dazzling, delightful and downright hilarious boutique pantomime. This year, they’ve turned one of the best loved fairytales of all time upside down and sprinkled it with an extra special helping of CCO mischief in their brand new production of Buttons!

Prepare for a cheeky concoction of toe-tapping musical numbers, side-splitting puns and jaw-dropping magic that’ll fill you with Christmas cheer into the New Year and beyond. From adult only performances through to children’s matinees, Charles Court Opera’s biggest and best pantomime yet is perfect for families, couples, groups of friends and office parties. Don’t miss out on the ultimate Christmas cracker of a show.

What would you do if you found a handsome young man almost naked under your Christmas tree? This is the dilemma that faces aspiring comedian Lawrence Bennett when he wakes up on Christmas morning, after a bad gig and with a king-size hangover, and wonders if Santa Claus has finally delivered. The beautiful youth doesn’t know how he got there or what his name is or where he came from. The doctor who lives downstairs thinks he might have had a bang on the head. The local copper suspects he may be a wanted criminal. As for Santa Claus, he’s on another planet.

Charting the kind of love affair that legends are born of, One Jewish Boy explores key moments over a four-year relationship between a nice Jewish boy from North London and the French-Algerian woman he falls desperately in love with…

With the shadow of hatred festering at its very core the play is a bittersweet comedy fuelled by anti-Semitism. Told out of chronology…Break-up. Proposal. Pregnancy. Moving in together. Birth. Post-breakup. Meeting, it focusses us squarely on those filthy, ugly words – dirty f**king Jew – that were actually kicked into him – asking if the fear of hatred, could be even worse than the hatred itself…

Following on from the hugely popular Santa’s Little Workshop, Little Angel Theatre once again brings to life magical puppetry in this brand new interactive Christmas adventure for all the family. Ever wondered how letters for Santa Claus get to the North Pole? What if something went wrong along the way? And how will Santa’s elves make sure his mail is delivered on time? A comical adventure full of quirky characters, where the audience will help decide how the story unfolds.

Angelo and his family travel round the country playing music, singing songs and performing marvellous balancing tricks: Angelo can even dance on a rope! So when he meets Angelina, who is sad and lonely and trapped in her mean uncle’s house, Angelo knows just how to help… Quentin Blake’s witty and energetic drawings are delightfully interpreted as table-top puppets manipulated by some of the UK’s finest puppeteers.  The production uses a sophisticated ‘black box’ technique to magically create the acrobatic tricks and amazing stunts of Angelo and his family.

The curious little owl is back, and this time she’s ready to discover the wonders of night-time, from the big, bright moon to the bats in the sky and the foxes deep in the forest. But where are all the other owls? When the wind blows the leaves from her tree, you’ll soon see… Little Angel’s production of WOW! Said the Owl enthralled our young audiences both at our own venue and on tour throughout the country and we are delighted to present this stunning adaptation of Tim Hopgood’s nocturnal sequel.