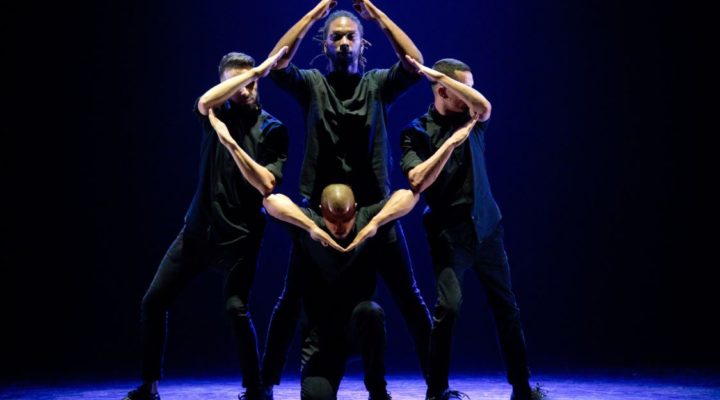 BRIGHTER: Shows and events in the Angel in the coming month

The next month brings an abundance of shows, events and performances to the Angel.  Below is just a selection of what’s on offer over the coming month, including ‘Sampled’ the dance taster festival at Sadler’s Wells.

Join thousands of crafters for the ultimate creative day out at The Stitch Festival from the 27th February – 1st March. The Festival offers the chance to take part in one of their 250 craft workshops, shop from 150 specialist craft suppliers, watch demos from celebrity crafters and be inspired by breath-taking displays of textile art.

Sadler’s Wells starts the new year with the return of its dance taster festival, Sadler’s Wells Sampled, on Friday 31 January & Saturday 1 February 2020. Featuring a range of world-class dance, foyer activities and live DJs, the festival gives audiences a chance to experience the broad range of dance presented at Sadler’s Wells at affordable prices, with proms style standing tickets available for just £5, and all other tickets at £20.

Alina Cojocaru, lead principal dancer with Sadler’s Wells Associate Company English National Ballet and resident guest artist with Hamburg Ballet, curates and performs in a new programme of classical and contemporary works. The incandescent and illustrious Romanian ballerina is joined on stage by some very special guests, including Danish ballet star Johan Kobborg, whose “uncanny synchronicity” (Financial Times) with Cojocaru has marked out their partnership as one of ballet’s great collaborations.

Howard Coggins looks like Henry VIII. There’s no escaping that. Stu Mcloughlin doesn’t really look like any of the wives, but he’s going to give it a go. Living Spit’s original hit show comes to London for the first-time following sell-out runs at Bristol Old Vic, a UK tour and the Edinburgh Fringe Festival. With live original music, embroidery, barbie dolls, silly songs and historical hysteria, this promises to be an ill-researched lesson in cross-dressing Tudor history that you’ll never forget. You may just laugh your head off.

Tom Wright’s tender, funny and uplifting love story is back by popular demand to open the King’s Head Theatre’s Spring 2020 season following an acclaimed, smash hit run. Hunky dream boy Lex and bright spark Bradley are falling for each other. Big time. After three months, Lex has decided that tonight’s the night but Bradley’s not so sure he wants to go all the way…

When a little girl cuts out a string of paper dolls she takes them by the hand and together they go on a fantastical adventure whirling through their home and garden. Ticky, Tacky, Jackie the Backie, Jim with two noses and Jo with the bow fly through time and tear across worlds of fun and excitement. They face the jurassic clutches of a toy dinosaur and the snapping jaws of the oven-glove crocodile, and then a very real boy with very real scissors threatens to snip their adventure short… Adapted from the acclaimed book by Julia Donaldson, this magical tale is brought to life through puppetry and music.

When Lucy hears noises from behind the walls, she tries to warn her family that there are wolves lurking inside their house, but her family doesn’t believe her. Then one day, Lucy’s fears come true when a pack of wolves comes bursting out of the walls, forcing Lucy and her family to live at the bottom of the garden. But the story is far from over – Lucy must gather her courage, as her battle against the wolves is only just beginning. Neil Gaiman and Dave McKean’s spooky and hilarious tale comes to thrilling theatrical life in this frenzy of puppetry, songs, and shadow-play directed by Toby Olié and featuring original songs by Adam Pleeth and Carl Grose. Suitable for brave children and scared adults.

Shades of Mediocrity is a ‘sparkling and provocative’, ‘superbly funny’ new show about friendship, artistic angst and niche musical fandom. Lily and Maeve are well on their way to becoming just like their idols, Simon & Garfunkel. Admittedly, they’re not American, they’re not men and they’re not musical geniuses. But they’re not going to let a few technicalities get in the way of their dreams.  Inspired by music documentaries, Stars in their Eyes, Comic Sans and polo-neck jumpers, Good Friends Lily and Maeve lip-sync, dance and juggle their way through this riotous examination of fame and failure.

17 to 29 Feb – Instructions for a Teenage Armageddon

Miss-trusted. Miss-treated. Miss you. Welcome to a miss-spent youth. Eileen’s sister just died while eating a Yorkshire pudding. Ironic as she rarely eats; well, ate. Instructions For A Teenage Armageddon is a call to arms for young women everywhere, and questions why society isn’t watching out for our girls as they navigate fading friendships, f**ked up families and forging a trail through adolescence.

In the ruins of a garden in rural England. In a house which was once a home. A woman searches for seeds of hope. Following a sell-out run in 2017, The Telegraph’s “Play of the Year” returns to the Almeida for just 31 performances. Mike Bartlett’s (King Charles III) “richly layered” (The Guardian) state-of-the-nation play is directed by Almeida Artistic Director Rupert Goold (Ink, The Hunt). Victoria Hamilton (The Crown) reprises her “extraordinary” (The Times) performance, for which she won Best Actress at the 2018 Critics’ Circle Awards.