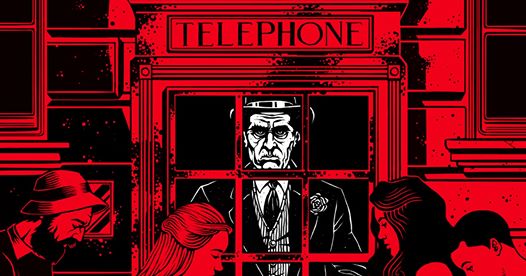 BRIGHTER – October shows and events in the Angel

October brings an abundance of shows, events and performances to the Angel.  Below is just a selection of what our cultural venues have to offer over the coming month including the spooky London Horror Festival at The Old Red Lion Theatre.

The UK’s largest festival of live horror performance returns to The Old Red Lion Theatre.  Scaring the living daylights out of audiences since its inception in 2011, the London Horror Festival is a celebration of the ghoulish, thrilling and downright macabre!

Following the success of their first Fun Palace last year, Sadler’s Wells will be opening its doors once again for this year’s national festivity promoting culture at the heart of community. Sadler’s Wells’ Fun Palace is an opportunity for people to come together, be creative and enjoy dance.

The Institut français bring the best in French contemporary dance to venues across the country as part of FranceDance UK.

Two good looking guys are made a curious offer: they can earn decent money from being ticklish. Really? Yes, it’s a sport; and ‘it’s not gay!’ Amazingly based on a true story, TICKLE – THE MUSICAL takes us into the strange, hilarious, twisted, and undeniably sexy world of competitive endurance tickling.

Until 6 October – The Bed

Most Beds are Beds for sleeping and resting, but the best Beds are much more interesting! This enchanting poem by Sylvia Plath, written for her own children, is brought to life in a special show for babies and toddlers.

With a huge and colourful cast of abstract and figurative puppets, this absurd take on Lear’s nonsense classic explores that difficult age between being a child and becoming an adult. Brought to you by the designer/director and composer partnership behind Little Angel Theatre’s Alice in Wonderland and The Giraffe and the Pelly and Me.

It’s 8am and a revolt is underway. The father is dying. The son is spying. The wife is cheating. The uncle is stealing. The mother is scheming. The dynasty is crumbling. Tinuke Craig makes her Almeida debut with a new production of Maxim Gorky’s savagely funny play, adapted by multi award-winning playwright Mike Bartlett.