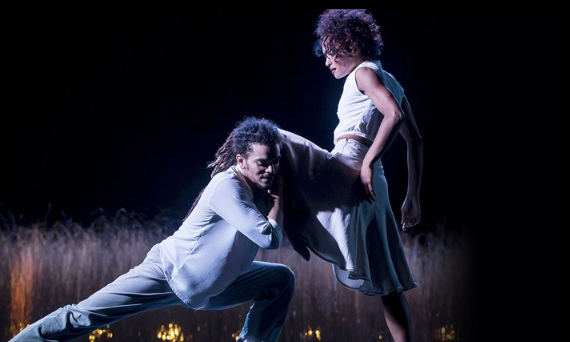 BRIGHTER: November shows in the Angel

November brings an abundance of shows, events and performances to the Angel.  Below is just a selection of what our cultural venues have to offer over the coming month.

Kathryn O’Reilly’s second play published by Nick Hern Books is a stark, bold, powerful and poetic drama looking at the effects on adult life of childhood trauma and the cycles of drug abuse. The production is directed by Lucy Allan.

With a huge and colourful cast of abstract and figurative puppets, this absurd take on Lear’s nonsense classic explores that difficult age between being a child and becoming an adult. Brought to you by the designer/director and composer partnership behind Little Angel Theatre’s Alice in Wonderland and The Giraffe and the Pelly and Me.

Julia Donaldson and Charlotte Voake’s sequel to Edward Lear’s classic poem is brought to life on stage for the first time with stunning puppetry, enchanting rhyme and original music.

The Institut français bring the best in French contemporary dance to venues across the country as part of FranceDance UK.

Akram Khan invites you to experience the breadth and variety of Indian classical dance in a festival celebrating artists from all over South Asia. This year’s programme highlights ensemble pieces performed onstage alongside international musicians.

Until 23 November – A Prayer for Wings

London audiences have a rare chance to see the internationally renowned stage and screen director Sean Mathias revive his award-winning A Prayer For Wings, following its run in Swansea this summer.

Until 23 November – Jerker: A Pornographic Elegy

The producers of Coming Clean and 5 Guys Chillin’ present ‘one of the most important pieces of gay theatre ever created’ (Los Angeles Times). Robert Chesley’s Jerker, or the Helping Hand is a pornographic elegy with redeeming social values and a hymn to the Queer Men of San Francisco in twenty telephone calls – many of them dirty.

It’s 8am and a revolt is underway. The father is dying. The son is spying. The wife is cheating. The uncle is stealing. The mother is scheming. The dynasty is crumbling. Tinuke Craig makes her Almeida debut with a new production of Maxim Gorky’s savagely funny play, adapted by multi award-winning playwright Mike Bartlett.