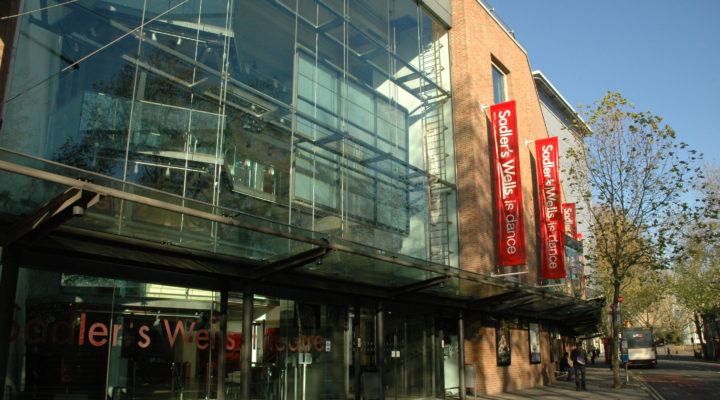 BRIGHTER – Cultural Performances in Angel: May 2018

Spring has sprung and our arts and cultural venues are celebrating with a range of shows that will no doubt have visitors flocking to Angel throughout May 2018.

Breakin’ Convention is back and celebrating its 15th year with another incredible line-up of acts from around the world and around the corner, including highlights from the past 15 years.

Choreographer and writer Lin Hwai-min’s new work takes inspiration from the legendary words of the Portuguese sailors in the 16th century, as they spotted the verdant land that would one day be known as Taiwan: “Formosa!” (“Beautiful!”).

Fusion is the UK’s first inclusive Latin and Ballroom dance-inspired showcase, presented by Step Change Studios. Fusion brings together talented professional artists from a wide range of dance backgrounds to push the boundaries of ballroom with beautiful, powerful, performances that redefine the genre.

Jonathan Burrows and Matteo Fargion return with Any Table Any Room, a new work inviting four local artists to join them onstage in each new space they perform in.  Using 72 clay objects created by the performers, communal singing and Indian drones on smartphones, Any Table Any Room is a gregarious exploration of the pleasures and demands of being and working together.

Cathy Marston’s adaptation of the ultimate gothic romance follows Charlotte Brontë’s “poor, obscure, plain, and little” heroine as she faces a world which offers her little in the way of kindness. With an original score by Philip Feeney, played live by Northern Ballet Sinfonia.

With stunning imagery from filmmakers the Quay Brothers, a symphony orchestra playing the rich music of Witold Lutosławski and dramatic, lyrical dancing from Rambert’s brilliant ensemble, this is a rich retelling of the 17th century play by Pedro Calderón de la Barca, Life is A Dream.

Humanhood’s universe lands with a specially curated evening which is part of our popular Wild Card series.  Their evening is a sensorial invitation, creating visual and sonic experiences taking you to a place beyond the senses. Alongside special guest artists, this is a chance to see this young company’s latest works, including ZERO.

A delightful interactive story, with puppetry, by award winning storyteller Danyah Miller. Come and help this family of mice bake a special birthday cake for Kika and maybe you can have a tiny piece too.

Be enthralled by this epic musical folktale told on a miniature scale. A Heart at Sea uses haunting live music to tell the story of a young Boy who bottles up his heart and throws it into the sea. Original song-writing is set to breath-taking visuals centred around a beautifully carved wooden chest that holds the secrets to the story.

If you had to take a long journey away from home and you could only take one item with you – what would it be? This is the decision our young hero has to make in their story of human migration.

Mixing modern with traditional Japanese forms of story-telling and inspired by the traditions of Shogatsu (Japanese New Year celebrations) A Thousand Cranes brings a brand new piece of inventive theatre for young audiences; thought-provoking, funny and just a bit different.

Performed entirely on and under a kitchen table this wee wonder of a show is full of Lyngo magic with feathery spinning birds, a flying house and a portable forest.

Ella Hickson returns to the Almeida following the success of Oil in 2016 with this searing exploration of power and patriarchy directed by Blanche McIntyre.

This bold piece of spoken word theatre by Matthew Lyon explores the highs and lows of falling in, and inevitably out, of love on the grimy streets of London town. Broken is a bawdy, bolshy ballad exploring humanity’s greatest addiction.

This touching, funny story explores a relationship born in the throes of a mental health crisis as a couple struggles to find their place in the world.

Baby Box is a frank and darkly comic exploration of the wonderfully dysfunctional relationship between siblings, complete with all the ins and outs that come with having a vagina.

Offie nominated Bruised Sky Productions present this darkly funny debut play by Daisy King. An anti slut-shaming, heart-warming tale of what it’s like to be a fiercely independent women, drenched in the desire to belong and tarnished by the desperation of being liked.

BackHere! Theatre presents a new play written and performed by the acclaimed Sarah Milton. This fast paced, one woman show follows the story of Daisy, a young woman struggling to understand how to define herself as successful.